Slags from the non-ferrous metallurgy, chemically situated in the CaO-FeOx-SiO2 system, can be used as raw material for alkali-activated materials, a sustainable alternative to Portland cement. The chemistry of these slags and the high FeOx content specifically implies a high complexity of the reaction mechanisms and a distinct difference with the ordinary cements (chemically CaO-SiO2) or common raw materials for alkali-activation (Al2O3-SiO2). The total scattering results in this study by Arne Peys and coworkers from KU Leuven and Princeton University show the precipitation of part of the Fe as layers, consisting of triangles of FeO6 octahedra, “trioctahedral layers”. This work was performed in the framework of Arne Peys’ FWO-SB scholarship and is published in Cement and Concrete Research.

The need for striving to a net zero greenhouse gas emission community urges all industrial sectors for applying drastic changes. The Portland cement manufacturing industry is not excluded, as it contributes 8-9% of the total CO2 emissions. Intensive research efforts are therefore being made worldwide in search of more sustainable alternatives to the ordinary Portland cement.

The material of focus in this work is the alkali-activated material. In this material system no Portland cement is used, but a precursor is mixed with an alkaline solution to make it react. As precursor, slags are investigated, a by-product/residue from the non-ferrous metallurgy.

These slags are very common in Flanders, where especially the Kempen region is known for its innovative metallurgy. Currently, these slags are used in low added-value applications or “internal storage” (~ landfilled). Increasing the value of these slags by enabling their use in a cementitious material would thus increase the recycling rates of this resource and decrease the emission of CO2 to produce a cementitious binder.

Fe and its beautiful complexity

Slag from the non-ferrous metallurgy is rich in Fe. This is the main difference with Portland cement and conventional precursors for alkali-activated materials and the main source of complexity. Fe can have several oxidation states (Fe2 and Fe3 ) and structural arrangements (4-6 oxygens around it) and its properties hinder the use of the most common characterization techniques for cements.

Previous work showed that the slag before reaction is mostly (~90 wt%) in the Fe2 state with the structural arrangement dependent on the amount of other elements in the slag. The final alkali-activated material after extensive curing and after drying shows Fe3 in the binder, probably with 4 oxygens around the Fe. More recent work showed that during the formation of the binder, 2 oxidation states are observed. Next to the Fe3 with 4 oxygens around, an Fe2 state is observed with 6 oxygens around the Fe. This Fe2 state is oxidized in further reaction stages when the binder is exposed to air.

More specific details on the configuration of the intermediate Fe2 phase are collected by the presented paper. The small angle scattering data reveal the formation of a layered or porous structure around 4 hours after mixing.

At the same time, a clustering of FeOx units seems to occur, which from the distance between them are confirmed to have 6 oxygens around: they are arranged in octahedra – the shape of two pyramids pasted together with their bottoms, with Fe in the center and O on the corners.

Further distances between Fe atoms show that the octahedra are arranged in a 2D layer of triangles, the so-called “trioctahedral layer”. These layers are also observed in (layered double) hydroxides and some types of clays, sometimes called “brucite-like” layers, referring to the equivalence with the structure of magnesium hydroxide.

The formation of the layers is mitigated by the presence of Ca in the slag, but not affected by the choice of alkali-atom in the activating solution (Na/K). The kinetics of the reactions follow a two-step logarithmic rate, referring to the two stages: dissolution (of the slag in the alkaline solution) and precipitation (of phase with the trioctahedral layers).

Arne Peys is thankful to the Research Foundation – Flanders (FWO) for the PhD scholarship and additional funding for international mobility. Participation of Claire E. White in this project was enabled by the National Science Foundation under Grant No. 1362039. Use of the Advanced Photon Source, an Office of Science User Facility operated for the U.S. Department of Energy (DOE) Office of Science by Argonne National Laboratory, was supported by the U.S. DOE under Contract No. DE-AC02-06CH11357. The authors would like to thank Olaf Borkiewicz, Karena Chapman, Kevin Beyer and Rick Spence from Argonne National Laboratory and Kengran Yang and Kai Gong from Princeton University for support during the experiments at the Advanced Photon Source. 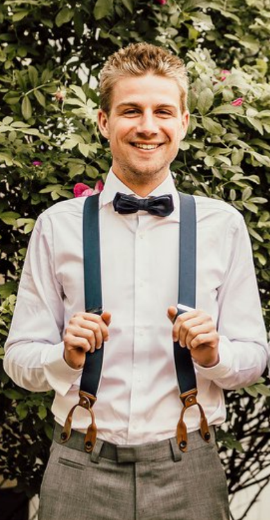 Arne Peys was born in Geel in 1991, raised in Aarschot/Ramsel. He graduated from the KU Leuven Master Materials Engineering in 2014, where his master thesis was already on sustainable binders under supervision of prof. Yiannis Pontikes. He received his PhD at the same department in October 2018, which was supervised by prof. Yiannis Pontikes, prof. Hubert Rahier (VUB) and prof. Bart Blanpain. His post-doc ended on August 30, after which he started a new adventure at VITO.