Chemiemagazine, a Dutch monthly magazine of the Chemical Industry, has published a feature article on the scarcity of (critical) metals and other raw materials (March 2019, 40-42). SIM² KU Leuven provided its view on this crucial issue for Europe. (GD, Leuven, 8/4/2019)

The Dutch Journalist Marga Van Zundert interviewed a number of stakeholders with respect to their view on the Critical Raw Materials list of the European Commission, which was launched in 2017 and provides an update of previous lists published in 2010 and 2014. Critical raw materials (CRMs) are defined as those materials which have a high economic importance and simultaneously suffer from a high supply risk, due to production monopolies and/or political instabilities.

SIM² KU Leuven coordinator, Peter Tom Jones, along with colleagues from TNO and Avantium, provide their view on the criticality issue. You can download the full article (which is written in Dutch) here.

More info about the Chemiemagazine can be found here: https://www.vnci.nl/chemie-magazine 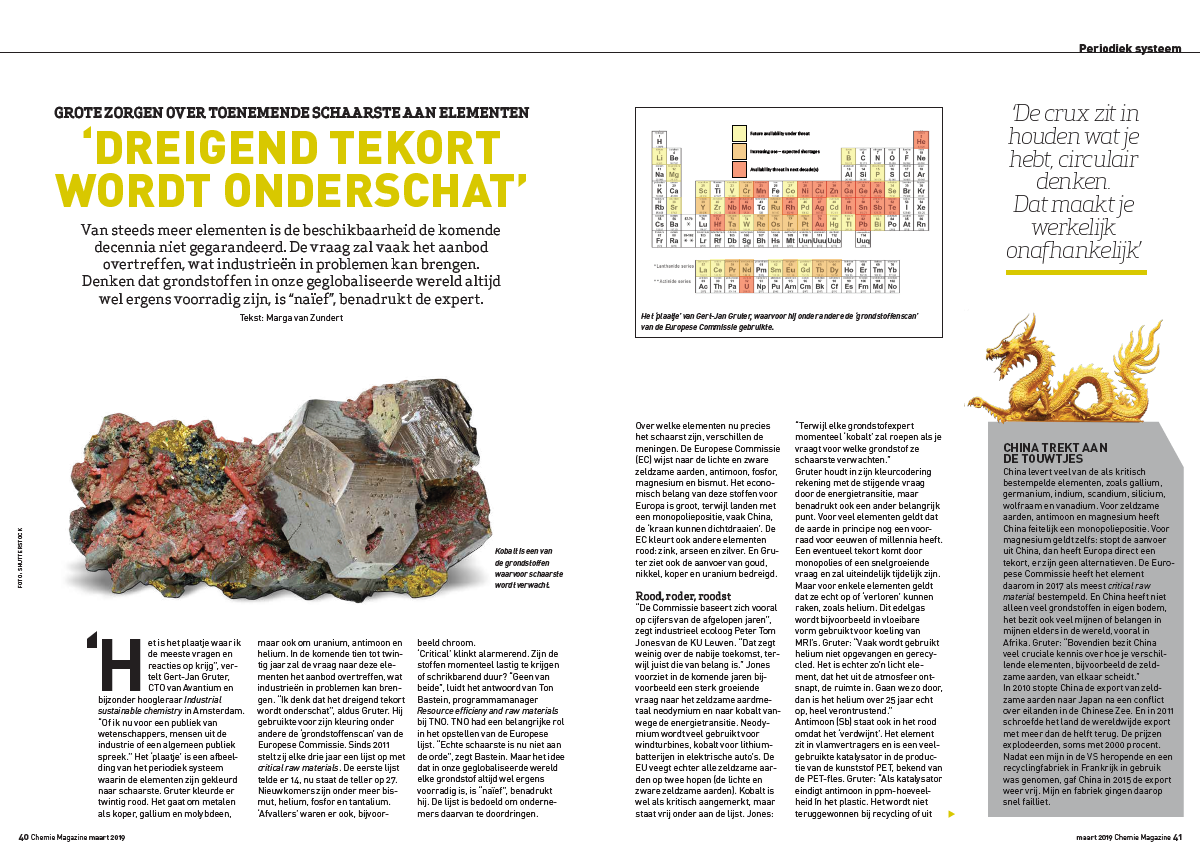 SIM² KU Leuven has been and is working on the recovery/recycling of several of those, being Antimony, Cobalt, Gallium, Germanium, Indium, PGMs, Light and Heavy REEs and Scandium. Together with its national partners (like VITO, UGent, Umicore, Campine, Metallo, Nyrstar, Solvay etc.) and its EU partners (industry and academia, cf. EIT RawMaterials and H2020 ETN/(R)IA partners), SIM² KU Leuven looks forward to use this list of CRMs when prioritising – in the near future – which (primary and secondary) EU-based resources to work on in view of CRM recovery.