Sustainability is a broad concept, however, it can be simply put as the ability to meet the needs of the present without compromising the ability of future generations to meet their own needs. Sustainable development is a sum of actions, decisions and innovations towards the improvement of the quality of human life within the capacity of our supporting ecosystems. 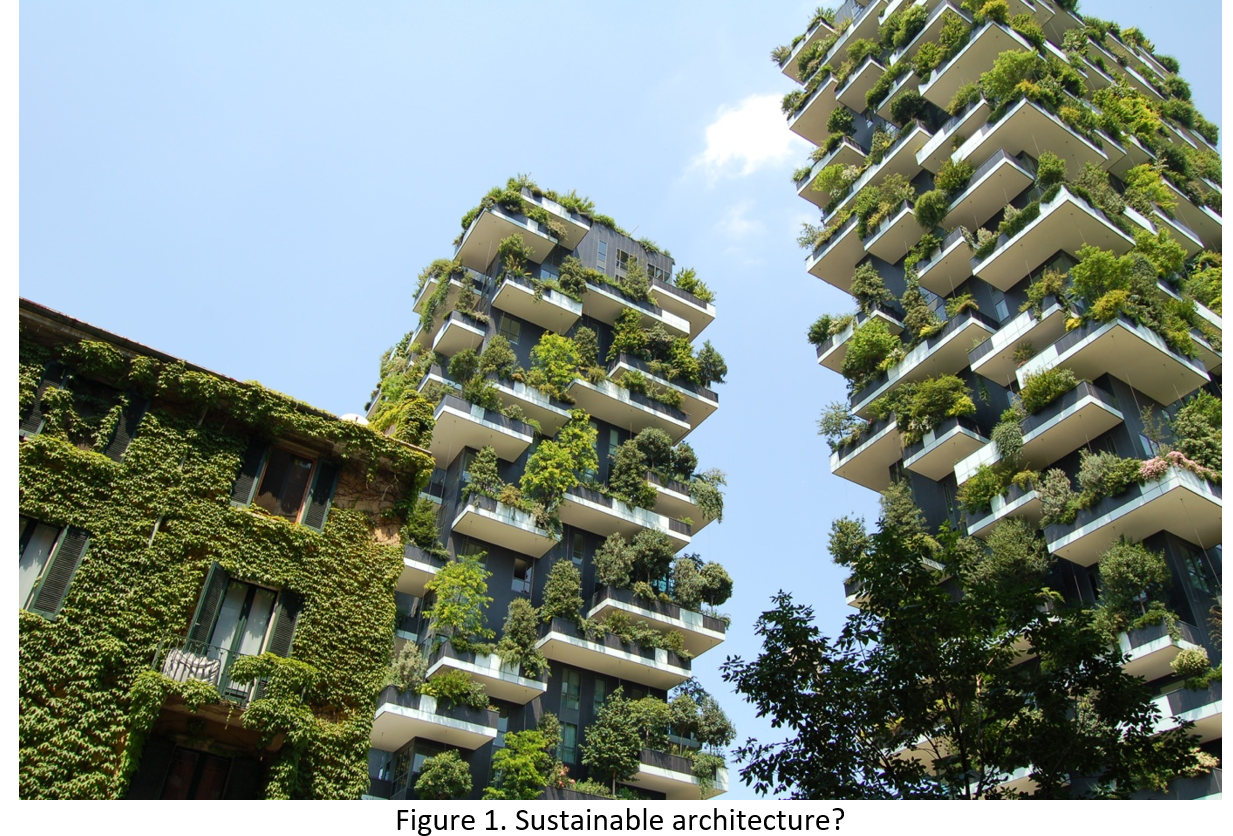 Being objective about the needs of future generation sounds a bit like looking into a magic ball, still there are many ways of measuring sustainability which offer a reasonable insight into those needs.

When Did It All Begin?

The first event that may have already started altering the natural composition of our environment was the discovery and use of fire which led to a shift from the agricultural societies of that time. However, human actions since the industrial revolution have been the main driver of the rapid environmental changes at global levels. Industrial revolution tapped into the vast growth potential of the fossil-fuel energy and in the late 20th century, the scale of environmental problems became global. Various environmental movements pointed out that the material benefits that were enjoyed in that time were associated with great environmental costs – the idea of sustainability was born. Everything culminated with the 1973 and 1979 energy crises that showed to which extent the society had become dependent on non-renewable energy sources. From then on, into the 21st century, awareness was being raised about many humanity-induced threats (extensive deforestation, fossil-fuels burning, major changes in land and sea use, chemical pollution etc.) with sustainability as the only right answer and the alternative being a decline into a downward spiral. 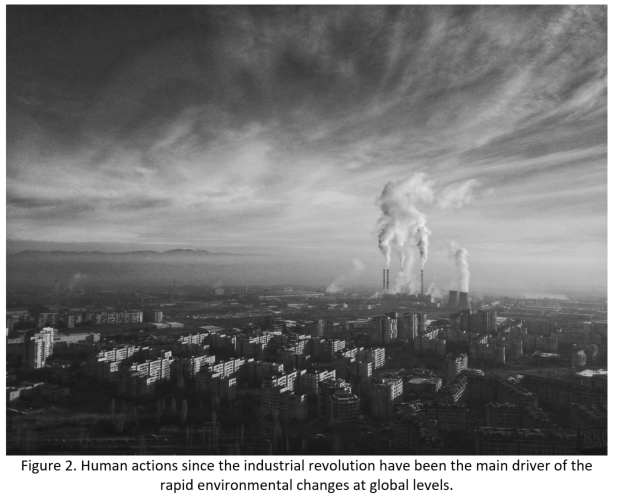 One of the first upsides about sustainability and sustainable development was that it encouraged people to think long-term and not just short-term effects of their actions, technologies and businesses. For example, a factory allowing its polluted water to run into a nearby body of water, therefore cutting its costs in short-term and causing significant environmental damage in the long-term, may have thought of making a considerable investment in a water purification or disposal system which could greatly lower the damage to the environment.

Raising awareness about sustainable development gave an opportunity to people to stand out by their engagement and ideas but also opened the door to selling points in marketing. The idea of sustainability soon became so appealing that it integrated into every area, from marketing to politics. Businesses putting the “Sustainable” stamp even though sustainability is far off from being integrated into the business’ DNA, gaining the status merely by introducing minor changes to their waste management policies or cutting their carbon footprint for a small percentage. This leads sustainability down the road of going from an idea of great importance and magnitude into a buzzword, a hype.

Nevertheless, a positive aspect of raising awareness is that once it has been done, it gets people engaged and subsequently enters the back of their mind, so they cannot live on with their lives like nothing ever happened. 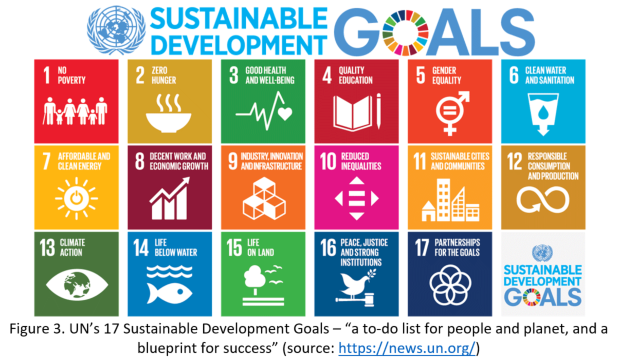 A couple of years, commissions, summits and agreements later, UN revisited and identified three principles of sustainable development: social development, economic development and environmental protection. That led UN to come to an agreement on 17 sustainable development goals in 2015. UN’s framework gives a good representation of what sustainability is all about, aiming to wipe out poverty, tackle climate changes and fight inequality. 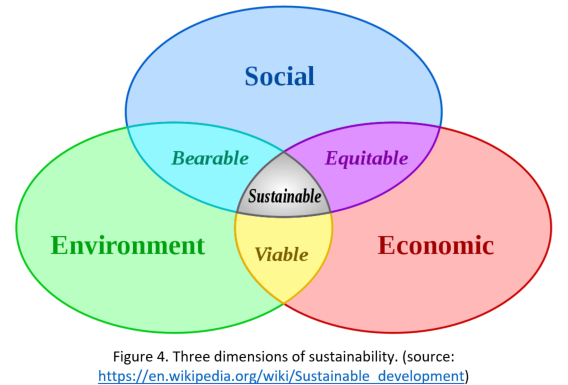 When it is talked about sustainability, it is most often in the context of its environmental dimension. Earth’s available resources effectively present a finite limit to humanity (for now), yet that is just one of the three dimensions of sustainability. We do need healthy ecosystems that provide vital nutrients to the whole planet and we do need to reduce the negative human impact through environmental management. However, managing all of that is at the end of a long series of indirect causal factors, for which human consumption is responsible.

Managing the rate and level of human consumption while preventing environmental degradation and enabling economic growth, falls into the domain of economic dimension of sustainability. The third, social dimension, is expressed in scientific and ethical terms, changes in technology, education, equality, transport, poverty, hunger, peace and justice. The most promising route towards sustainability still relies on new technologies (e.g. coming up with better energy-efficient practices, transitioning to renewable energy), but technology on itself is not enough. Engagement of each and every person is necessary in order to reach sustainability, managing our planet’s resources (reduce consumption, recycle), increasing energy efficiency, reducing carbon emission etc. and educating present and future generations about it.

We are currently living in a world in which mankind consumes more resources in a few months than the earth can regenerate in an entire year. The day in the year in which that happens is known as the Overshoot Day. Last year’s Overshoot day happened on the 29 July 2019. This means that, judging by our current average global resource consumption, we are using nature’s resources 1.75 times faster than our planet’s ecosystems can regenerate. This is a result of combined effects such as our population growth, individual consumption, resource management and many others. 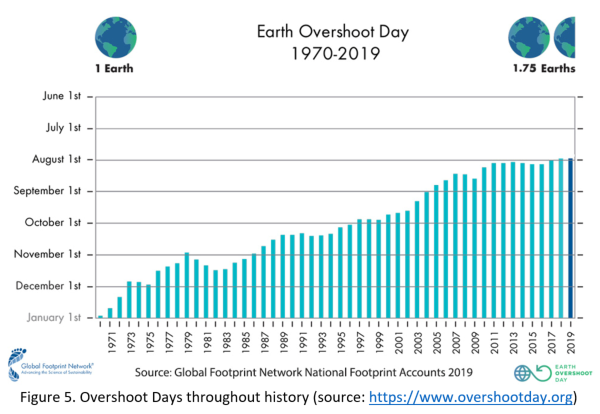 This long-winded post on sustainability definitely requires this paragraph to summarize it all. Sustainability is a call to action, which implies making reasonable, proactive decisions and innovations that minimize negative impact and maintain the balance between economic prosperity, cultural vibrancy, political justice and ecological resilience all together yielding a thriving planet for all species, both present and future. Each and every person, denizen of Earth, has an impact on that balance. It is not just the ones coming up with new technologies or businesses nor the ones leading countries, which means that sustainable development requires engagement from people all around the world.

Adams, W.M. (2006). "The Future of Sustainability, Re-thinking Environment and Development in the Twenty-first Century" (Report of the IUCN Renowned Thinkers Meeting, 29-31 January 2006)