Giuseppe Granata is an Associate Professor at the Faculty of Engineering Technology at KU Leuven Campus Group T and a member of the ChEMaRTS research group. His research focuses on the development of sustainable chemical and hydrometallurgical technologies for the extraction and recovery of critical materials from secondary resources such as residues from thermal incineration, industrial residues and end-of-life streams from the urban mine. Giuseppe formally joined SIM² in March 2021. In this SIM² interview you get to know more about Giuseppe’s research activities and how these are linked to Europe’s grand societal challenges.

Giuseppe, you recently started as an Associate Professor at KU Leuven after being an Assistant Professor in Japan? Welcome to SIM²! Can you describe the core content of your research?

Thank you. My hydrometallurgical research is based on experimental chemical, electrochemical and mechanochemical approaches supported by flowsheet simulation and techno-economic assessments. In Japan I focussed on copper minerals. Prior to my research in Japan I was working on the development and scale-up of recycling technologies for end-of-life batteries and photovoltaic panels.

Making the move from Japan to Europe, how will your research be aligned with Europe’s climate-neutrality targets?

I am glad to see that the EU is adopting highly ambitious targets to make Europe climate neutral, including its metallurgical sector. It is quite clear that, to achieve these goals, from now on industry and academia will have to collaborate to a higher extent than before.

I will be happy to make my contribution. A significant part of my research focuses on the recovery of metal values from secondary resources. Evidently, metallurgical residues play a key role. However – although important – the recovery of metals is only a small step in the massive challenge to reduce the environmental footprint associated with the whole European mining & metals sector.

There is a clear need for more efficient processes that can minimise the formation of residues and use less (and possibly greener) energy.

Major efforts are also required to develop sustainable methods to stabilise and recycle these large-volume residues into large-volume applications. And then of course there is the recovery of metals. Recovering metal values from metallurgical residues prior to their disposal could lead to a more efficient exploitation of natural resources and perhaps help to sustain the costs of a climate-neutral society.

Likewise, the Circular Economy Action Plan incorporates the goal to move towards zero-waste flowsheets and to recycle metal-containing End-of-Life streams, such as batteries. What are the key challenges here and how do you want to contribute to them?

Indeed, zero-waste flowsheets represent an important milestone towards the sustainability of the chemical and metallurgical industries. From mine tailings and drainages to slags and slimes, there are many process residue types rich in critical materials. In the long run towards the sustainability of the metal supply chain and modernisation of the EU economy, end-of-life streams will also play an important role. This is particularly true for lithium-ion batteries; for the electric mobility sector to be sustainable their recycling is no longer an option but a necessity.

Battery recycling has been a very important research subject in my career as a researcher. However, now that the electric mobility revolution is gaining traction, the interest in the subject is exploding.

Compared to when I started working on this topic, there are many more players involved, from car manufacturers and metallurgical industries to new stakeholders dealing specifically with battery manufacturing and recycling. Here the medium to long term goal is to have the battery manufacturers producing and recycling batteries themselves, in order to keep the materials in the loop. In contrast, the role of the traditional metallurgical industry will be crucial on the short to medium term, in order to sustain the increasing demand of lithium, nickel, copper and – if technology does not change – also cobalt and manganese.

In this scenario, the ambitious goal to obtain zero-waste flowsheets will become even more challenging. The overall battery recycling and material recovery rates must be increased. The process residues in both battery manufacturing and recycling must be valorised as well. At some point we might also see a shortcut between battery manufacturing and recycling, which requires having more efficient separation technologies to achieve the infamous battery-grade quality. But placing more metals in the battery stream will also require digging into urban mines and metallurgical residues to recover what is recoverable.

Therefore, my research deals with the development of chemical technologies to recover critical materials from industrial residues and end-of-life streams from urban mines. This will hopefully contribute to a better exploitation of natural resources and to the modernisation of the EU economy, which, as we all know, is handicapped by the availability of (high-grade) primary resources.

Have there been any game-changing moments in your research career? I am referring to moments which made you fundamentally rethink your research focus and/or strategy?

There have been two such moments in my career. The first one is when I shifted from recycling and secondary resources to processing primary resources. I am talking about 8 years ago, when I moved from Italy to Japan. At that time, the metallurgical field there focused almost entirely on primary resources with little or zero public policies with respect to recycling and circular economy targets. This required some rethinking in terms of research strategy and approach. Of course, the second moment is when I switched back to secondary resources by deciding to return to Europe. I must, however, admit that I feel enriched by such moments as I ended up expanding my research horizons and technical competences.

Which paper of yours are you particularly pleased with?

This is a difficult question because each paper has a different story and value. Some papers such as the ones on recycling were associated with highly innovative research that ended up being upscaled and received many citations. Some other papers received less attention but were the results of nice intuitions and systematic research approaches that I felt proud of. All of them are associated with team-work, different people and memories. I hope the most pleasing paper of mine is yet to come.

Why did you choose to work in Belgium? Why at KU Leuven?

In Japan I felt too far away from where things really happen. Every time I logged into social media platforms I was reminded of how great it is in Europe to take part in important research consortia and implement large projects related to the EU circular economy. Too often I was reminded of how Europe can facilitate the creation and growth of stimulating professional networks.

When I found a fitting open position here at KU Leuven I did not think twice about it. Belgium is the heart of Europe, while the Flanders Metals Valley cluster is a hotspot for the circular economy of critical materials.

Furthermore, KU Leuven is not only a source of science production but also a hub where academia, industry and everything in between meet. I am glad to continue my academic career here, surrounded by amazing professionals and close to my family.

On a more personal level, how is it for an Italian Professor to live in a fairly dark country like Belgium? Do you feel any connection with the “locals” here? By the way, I asked your Greek SIM² colleagues Prof. Yiannis Pontikes and Prof. Dimitrios Sakellariou the same question…

Honestly, I think the reputation of the Belgian weather is worse than the reality. Could it be an effect of climate change? A lack of experience from my side? Or is it that our neighbour’s garden always looks greener than ours?

As for the cultural differences, if I had moved to Belgium straight away from Italy I might have noticed some. But as I moved back to Europe from Asia I feel like being at home now. Besides, so far I had only positive interactions with colleagues, students and other “locals”. Because in the end people are people, and the differences between individuals can be larger than the ones between populations.

Until recently I would have spent it in traveling and outdoor activities. Up in the mountains skiing during winter, down the see diving and spearfishing in summer. Nowadays, I would be happy with simpler things such as enjoying the company of my family and friends, cooking, chatting and tasting good wine. Does this mark the line between a young and a senior researcher?!?

What is the strangest talent you have?

I am somehow good at choosing wine. I can pick up the good bottle from a stock I know nothing about. Is it strange? Does it even count as a talent? If not, I am afraid I don’t have any.

Thank you for this interview. On behalf of SIM², I wish you all the best in your research endeavours. 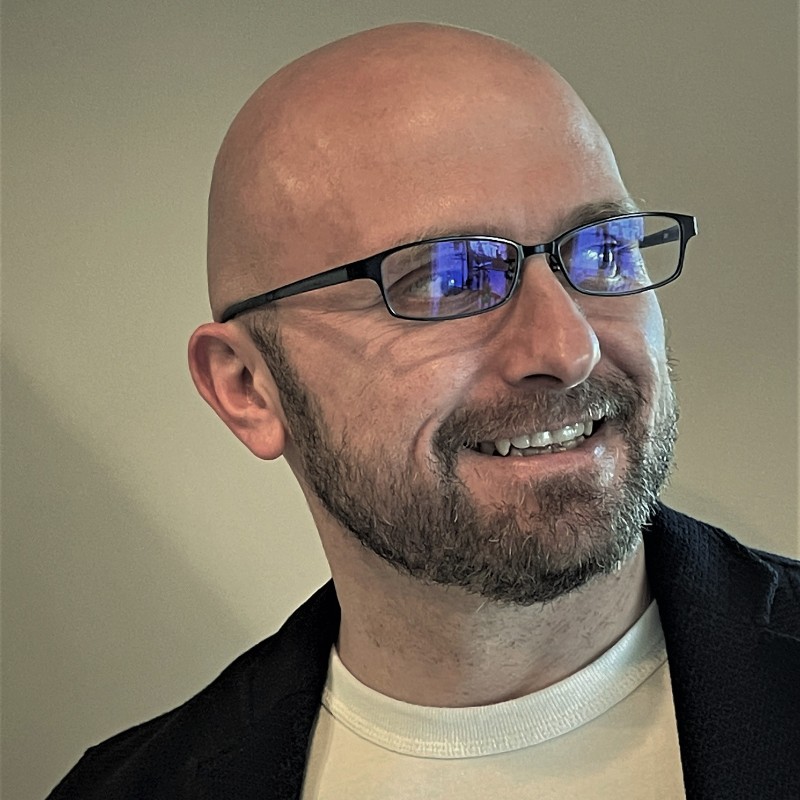 Prof. Granata is an Associate Professor at the Faculty of Engineering Technology at KU Leuven Campus Group T. His research expands across the fields of hydrometallurgy and materials science. His research goal is to improve the circular economy of critical materials via valorisation of secondary resources and generation of high added value from them. Prof. Granata’s research is based on experimental chemical, electrochemical and mechanochemical approaches supported by flowsheet simulation and techno-economic assessments. Prior to joining KU Leuven, he was for 4 years an Assistant Professor at Waseda University (Japan), where he conducted research on hydrometallurgy and mechanochemistry of copper minerals, and 2 years in the private sector. Prof. Granata has also an extensive experience in recycling, having contributed to the development and scale-up of recycling technologies for end-of-life batteries and solar photovoltaic panels in Italy.

Some key papers by Prof. Granata in the field of Hydrometallurgy and Waste Recycling

SIM² KU Leuven is the KU Leuven Institute for Sustainable Metals and Minerals (SIM² in short). SIM² is one of the official KU Leuven Institutes that were endorsed by the KU Leuven Academic Council. SIM² has more than 240 members, coming from a wide range of (interdisciplinary) research groups and departments at KU Leuven. SIM²’s mission is “to develop, organise & implement problem-driven, science-deep research & future-oriented education, contributing to the environmentally friendly production & recycling of metals, minerals & engineered materials, supporting (…) a climate-friendly, circular-economy”.