Abandoned, historical mines can be found all over Europe. Waste present at these sites can cause major environmental problems, with the most commonly known example being acid mine drainage. But is there any business opportunity in re-mining these historical dump sites? This was the main question raised in the EIT KIC Raw Materials Re-activate project closing workshop, held on December 5-6, in Bucharest, Romania. 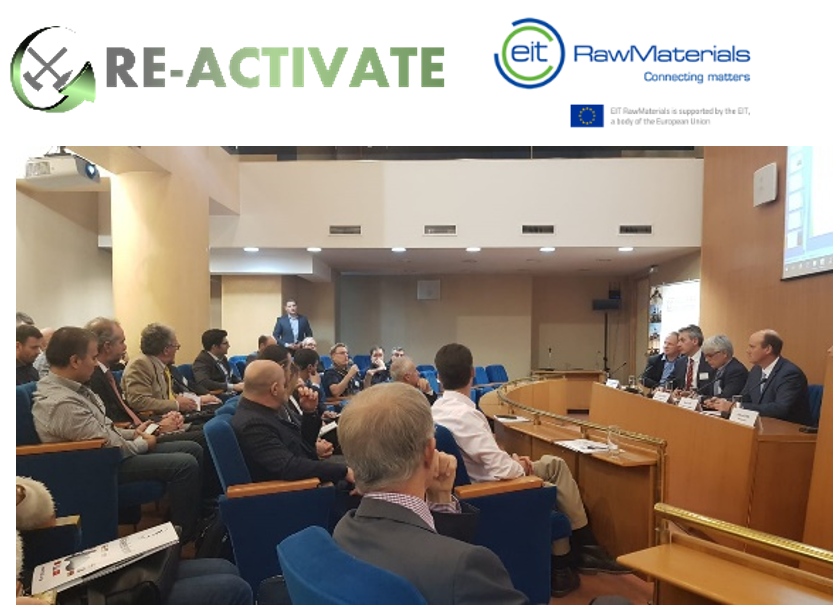 Abandoned, historical mines can be found over all Europe. Waste present at these sites can cause major environmental problems, such as acid mine drainage. In 2016, EIP Raw Materials launched a “call to arms” to transform the “extractive-waste problem” into a “resource-recovery opportunity”, as the waste might still contain valuable & critical metals. Can waste from Europe’s historical mining activity become a resource to supply the E.U. with valuable and critical metals? At this point, the only right answer would be, “we don’t know”. Substantial effort has been done to identify closed and abandoned mining sites and their associated waste dumps around Europe (E.G. https://ec.europa.eu/environment/waste/mining/implementation.htm), but focus has been on identifying environmental hotspots rather than on prospection of new resources. Nevertheless, these inventories can give an indication of which sites might be interesting for further prospection. But once a promising waste deposit is identified, how can it be assessed whether there is an opportunity for re-mining? What are the main drivers or criteria to decide on a re-mining project? These were the main questions raised in the EIT KIC Raw Materials Re-activate project closing workshop, held on December 5-6, in Bucharest, Romenia. In the current article, lessons learnt from the workshop are summarized and opportunities to move forward are identified. In the following text, three scenarios are presented: 1) metal recovery drives the re-processing; 2) sanitation drives the re-processing and costs can be reduced through selling a metal concentrate; 3) sanitation or valorization of the non-metal fraction drive the re-processing and no metal concentrate is produced. 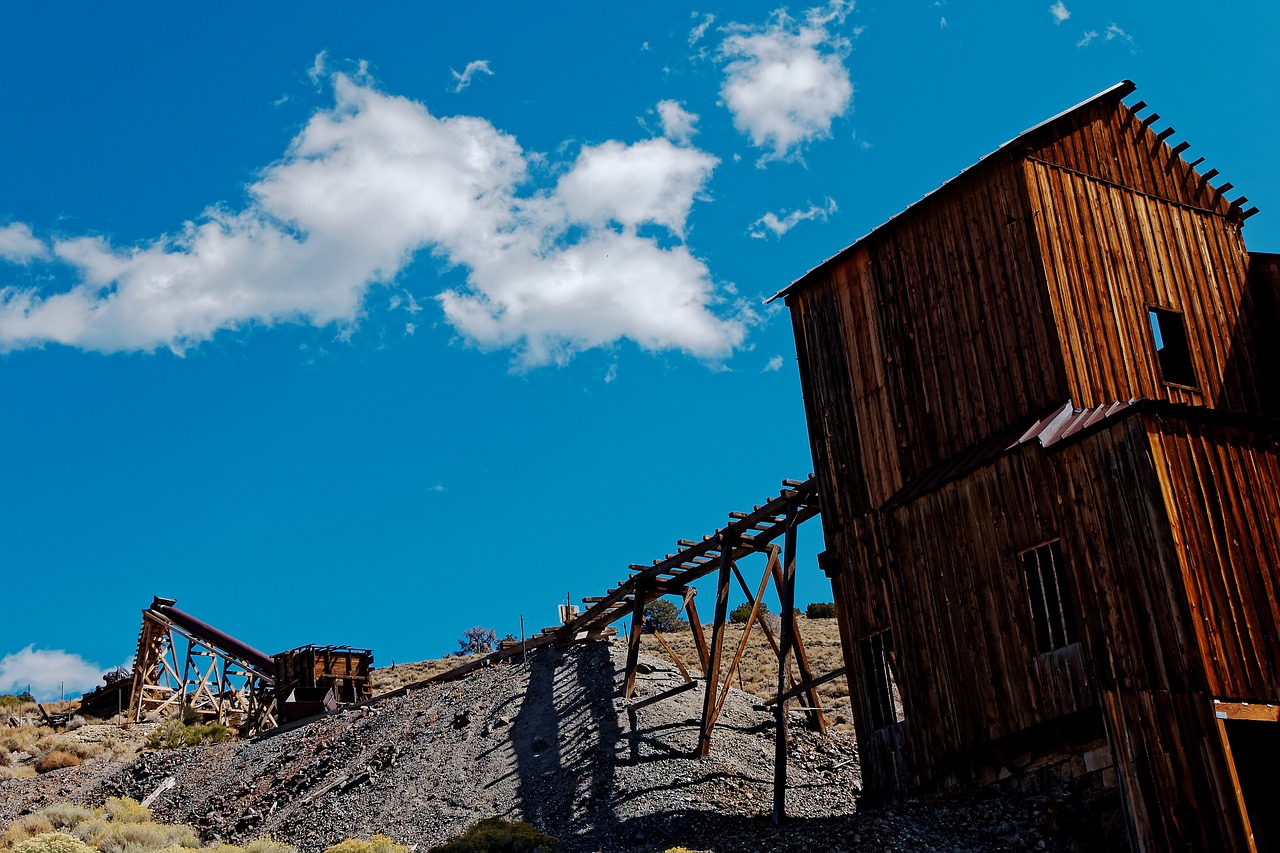 The most obvious reason for re-mining historical mining waste is the metal value present. Reprocessing of tailings is in fact a common practice in the mining industry. Re-processing can be driven by a raise in metal prices, improved processing technology, or the recovery of metals which were not targeted in the initial processing. Examples are the reprocessing of tailings from the gold production from polymetallic ores. While initially only gold is recovered, it is not uncommon that in a later stage of the mining a flotation plant is built to also extract Cu/Pb/Zn and in a third phase even Co and Ni. When comparing abandoned with active mining sites, an important difference is however that, in general, no or very limited information is available on the metal content of the waste presented. To assess whether re-processing is beneficial, an appropriate resource estimation has to be done. Only if this assessment is done in a proper way, a business case can be built and presented to investors. The development of a code compliant system for estimation of  secondary resources is essential here. 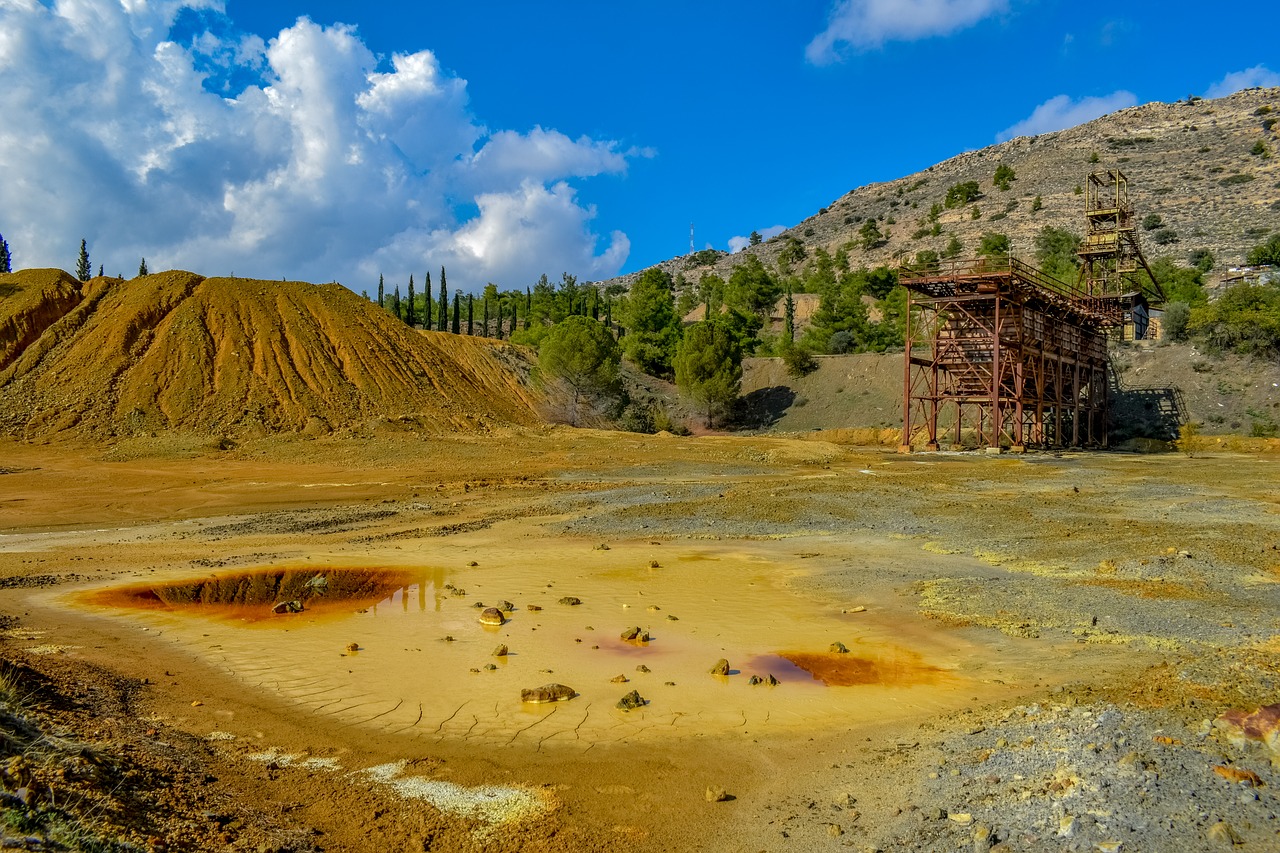 Although little info is available, it is estimated that only a minority of waste deposits can be economically treated to recover metals. An estimate of 5% was made during the workshop. Does this mean that there is no business case for the remaining 95% of waste deposits? The answer is no. An important “opportunity” lies in the (urgent) need of sanitation of many of these waste dumps. In many countries, inventories have been made with the purpose of indicating environmental hotspots which receive priority for sanitation. Typical examples are mining waste containing high amounts of residual sulphides, which, upon oxidation, produce acid mine drainage. The main problem in sanitation is that waste deposits are typically large, easily exceeding millions of tonnes per deposit, which results in  sanitization cost that become easily astronomic. For this reason, sanitation is commonly limited to only temporary solutions, such as capping, damming and capturing of leachates. Long-term solutions, such as removing the waste for re-landfilling in sanitary landfills, are just too expensive.

Could re-mining and re-processing of tailings be applied as a combined value recovery and sanitation approach? Patrick D’Hughes, R&D manager at BRGM, gave an example of how an environmental challenge was turned into an opportunity. Tailings of the Kilembe copper mine, Uganda, containing 80% pyrite, resulted in important acid mine drainage. To cope with this, tailings were fed to a tank bioleaching process, resulting in a full conversion of sulphides, hereby removing the source of acid mine drainage.  At the same time, 1.38% of Co was recovered from the materials. After initial testing, the project was brought into operation and the full amount of 900.000 tonnes of tailings were converted.

While in the abovementioned example re-processing of tailings could be done, as the overall operation resulted to be profitable as a cobalt concentrate could be produced and sold, the question can be raised whether re-processing would have been considered if the operation would not have been profitable, i.e. the metal value recovered would not have covered the processing cost. The answer would definitely be no.

This answer might be different however when the primary objective of the operation is sanitation rather than value recovery. In this model, minimizing the sanitation cost, rather than generating profit, is the purpose. If re-processing is less expensive than traditional sanitation measures, it might be a the preferred option. If it also provides a long term rather term solution (E.G. though complete removal of sulphides), chances of success become even higher.

In the majority of waste deposits valuable meta l content is almost negligible. Nevertheless, reprocessing can be considered when (1) it would strongly reduce the environmental impact of the deposits or (2) a bulk, non-metallic fraction can be produced that can be valorized.

In both cases, metal recovery is no longer the aim of tailings treatment, but rather the “cleaning” of the secondary tailings. An example is the application of froth flotation for pyrite concentration and removal, hereby generating sulphide-free “cleaned tailings”, which no longer pose a risk towards acid mine drainage and can thus be handled more easily.

Once clean, tailings can be in fact be an interesting raw material. Fine silicate, carbonate or clay-rich tailings could in fact be considered as a raw material for cement and concrete production. Why would a concrete producer excavate primary raw materials and use high amounts of energy for milling the material to the desired grain size, if a tailing pond can be found with already finely ground materials nearby? Other applications, such as the production of sulfuric acid from pyrite-rich tailings, is a common practice. Fe-rich sludges produced after pyrite conversion, might also be considered as a resource for the steel production industry. Gypsum from phosphorous production is a good raw materials for plaster board. Nepheline tailings from REE production can be a raw materials for ceramics production. Red mud, from aluminium production, could be applied as an alkaline source for alkali-activated cement production. Fine-grained, reactive olivine-rich tailings can even be used as a source for CO2 capture. These are just few examples. Obviously, the materials have to match the technical and environmental criteria, but in many cases, legislative barriers for using waste materials, rather than technical or economic factors have to be overcome.

To conclude, we come back to the title of the article ”Recycling of historical mining waste, a new business?” As shown in throughout this article, a positive answer can be considered: