SOLVOMET/SIM² KU Leuven researchers developed a novel solvometallurgical approach to extract indium from an ethylene glycol feed solution by the ionic liquid Cyphos IL 101. The extraction and scrubbing processes were performed in lab-scale mixer–settlers to test the feasibility of working in continuous mode. This work was published in the journal RSC Advances.

Indium is a rare metal that is labeled as a critical raw material by the European Commission, due to its high supply risk. It is produced mainly as a side product of the zinc industry.

Small amounts of indium are produced by processing of copper, tin and lead ores. Indium can also be recycled from secondary indium sources such as production scrap and end-of-life consumer goods.

It is mainly used in high-tech applications such as liquid crystal display (LCD) screens, light-emitting diodes (LEDs), and in photovoltaic cells. For all these applications, very pure indium metal is required, often with a purity of 99.9999% (6N) or higher.

Conventional indium refining routes comprise more than 20 process steps, involving multiple dissolution and precipitation stages. For this reason, there is a strong interest from industry in the development of more efficient indium refining processes.

Indium refining via solvent extraction (SX) is a very promising approach because it can be operated in a continuous process and allows one to obtain a very pure end product.

Difficult to remove impurities are zinc, iron and tin. A current trend is the use of ionic liquids for the refining of indium by solvent extraction. In comparison to conventional molecular solvents, ionic liquids could lead to inherently safer and more sustainable separation processes because of their low flammability, high thermal stability and negligible vapor pressure.

An efficient non-aqueous solvent extraction process for separation of indium and zinc from an ethylene glycol (EG) feed solution was developed. Indium(III) was selectively extracted with minimum co-extraction of zinc(II) using Cyphos IL 101 dissolved in p-cymene, whereas the extraction was inefficient from aqueous chloride solutions.

The indium in the final loaded less polar phase exiting the mixer–settlers could be recovered as In(OH)3 (98.5%) by precipitation stripping with an aqueous NaOH solution.

The dominant indium speciation in ethylene glycol (more polar phase) and Cyphos IL 101 dissolved in p-cymene (less polar phase) was investigated with Raman spectroscopy, infrared spectroscopy, 115In nuclear magnetic resonance spectroscopy and extended X-ray Absorption Fine Structure. Knowledge of the speciation of metals in the phases is required to explain the extraction mechanism. 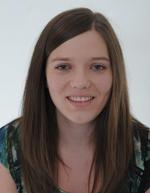 The research received funding from the European Research Council (ERC) under the European Union's Horizon 2020 Research and Innovation Programme: Grant Agreement 694078—Solvometallurgy for critical metals (SOLCRIMET). The FWO Flanders is acknowledged for funding of the DUBBLE and of the Raman microscope (project I000718N). 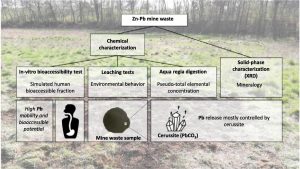 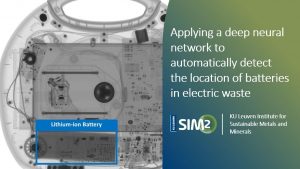 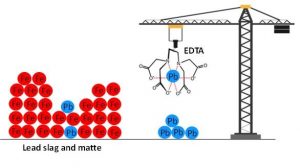 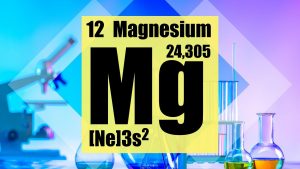 Has SIM² KU Leuven brought us a step closer to rechargeable magnesium batteries? 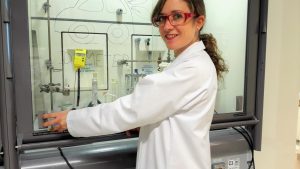