SIM² KU Leuven researchers have studied millifluidic devices for the non-equilibrium solvent extraction separation of metal ions. Millifluidic devices operating under slug flow conditions allow for an intense mass transfer coupled with a high control over the extraction conditions such that metals ions can be separated based on their extraction rate rather than their thermodynamic affinity for the solvent. Extraction experiments with undiluted ionic liquids have shown that through contact time modulation some metal separations can be enhanced and increased product purities can be achieved. The work has been published in Separation and Purification Technology.

In solvent extraction (SX) metal ions are separated based on differences in their distribution between two immiscible liquid phases. Typically, this process is operated at or very close to chemical equilibrium and the metals are separated based on their thermodynamic affinity for the solvent. However, it is also possible to perform extractions at non-equilibrium conditions and to exploit differences in the extraction rate to achieve metal separations which might be unfavourable from a thermodynamic point of view.

The main difficulty in the application of such non-equilibrium processes is the choice of a suitable contactor. Conventional mixer-settlers or extraction columns are inadequate as they are usually characterised by rather long contact times and residence time distributions (RTDs) with significant tailing.

A milliflow reactor is constructed with millimetre sized channels. Among the different flow patterns that can be generated when two immiscible liquids are admitted into such a small channel, slug flow is the most popular. Here, the immiscible phases form a segmented flow and an intense mass transfer is achieved due to the formation of internal vortices. This intense mass transfer, in combination with a high residence time control caused by a uniform droplet morphology and a narrow RTD, allows for a reliable operation of non-equilibrium SX processes.

Millifluidic devices have also been suggested in combination with ionic liquids. Ionic liquids, being non-volatile and non-flammable, are generally considered safer and more environmentally-friendly than conventional organic diluents. However, their relatively high cost, high viscosity and reduced mass transfer rates limits their economic applicability. These drawbacks could be resolved in combination with small-scale flow contactors.

Compared with extractions performed under equilibrium conditions, decontamination factors could be increased with a factor up to 2, which corresponds to increased product purities of up to 14%.

A similar principle was applied for the intensification of the separation of a mixture of Pt(IV), Pd(II) and Rh(III) with undiluted Aliquat 336 based on the slower Rh(III) extraction rate. Its co-extraction could be suppressed by up to 20%. 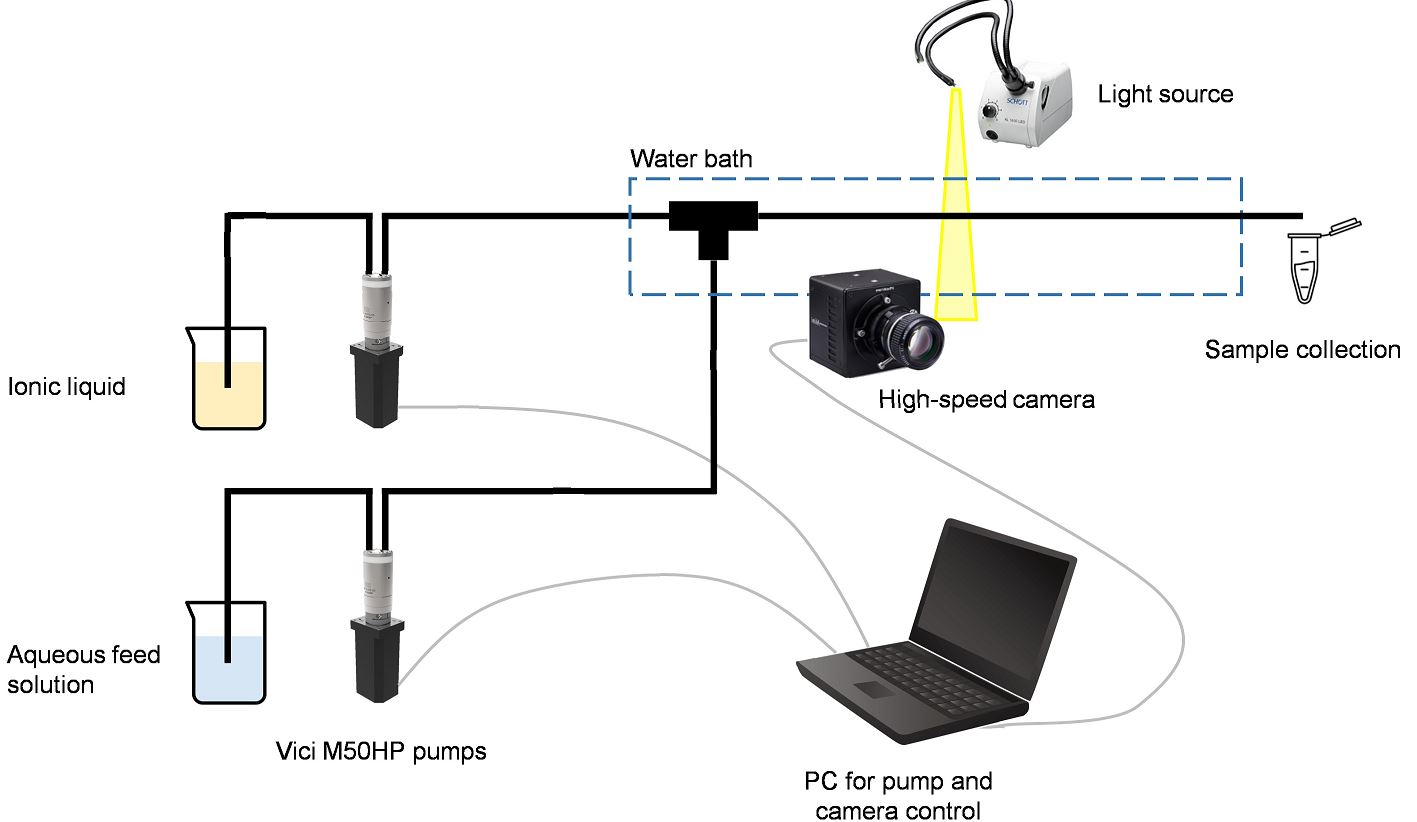